PGA Jr. League is a fun, social and inclusive opportunity for boys and girls ages 17 and under to learn and enjoy the game of golf. Much like other recreational league sports, participants wear numbered jerseys and play on teams with their friends.

Each team is captained by a PGA or LPGA Professional, who serves as the coach and is at the forefront of creating a welcoming environment for all to enjoy the game. PGA Jr. League utilizes a popular scramble format that creates a nurturing environment for learning and development – both on and off course.

With more than 5,200 Teams and 61,000 players in 2019 – and Ambassadors like Rory McIlroy and Michelle Wie – PGA Jr. League has wide-ranging appeal for both youth and their parents.

Click here to register now and find a team near you.

What does PGA Jr. League stand for?

Safety, Care, and Organization guide the PGA Jr. League experience, and they're what we call The Three Flags.

These quality standards were born out of feedback direct from PGA Jr. League families. PGA and LPGA Professional coaches commit to putting safety first, creating fun experiences that are inclusive of every child as a golfer, and structuring their programs in an organized way that fosters communication. 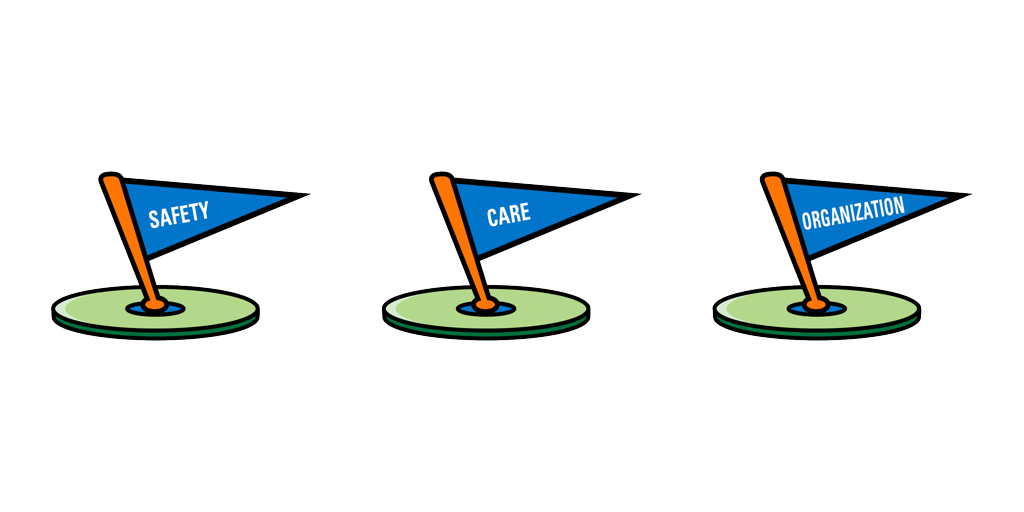 Who can play PGA Jr. League?

PGA Jr. League is open to both boys and girls, 17 and under, of all skill levels and abilities.

When is PGA Jr. League played?

PGA Jr. League is played all year-long! The program is split into two primary seasons: Summer and Fall.

How is PGA Jr. League played?

During the course of one PGA Jr. League game, teams play four 9-hole matches in a two-person scramble format, reinforcing the team concept and creating a nurturing environment for learning the game. Coaches can also substitute players every three holes, so that all of the golfers on each team can participate.

Click the button below for more information about the PGA Jr. League format.

Playing as a team. Making new friends. Having Fun. Competing together. Don't take it from us... take it from players themselves! Watch this short video and learn more.